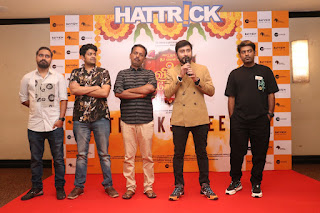 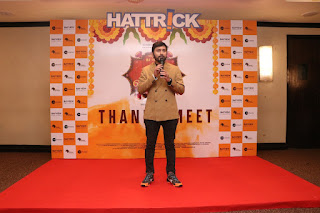 Zee Studios & Bayview Projects LLP in collaboration with Romeo Pictures –which produced this flick that hit the screens on 17th June 2022, has turned out to a huge hit, attracting family audience as well as the younger generation!

In that connect, R J Balaji and his team met the members of the Media...

In his address, R J Balaji mentioned that he is very happy that the film has proved viable both critically and commercially!

After the onslaught of the pandemic, when films started hitting the screens, it was believed that only films of big stars will succeed at the box-office. Films like Veetla Vishesham have proved that myth wrong!
Moreover, the film has no commercial ingredients or action sequences. We ensured that the screenplay was as simple as possible. Rahul of Romeo Pictures burned the midnight oil to make the film successful!
Recently, I had the opportunity to meet Vijay for a story narration. He liked the brief narration and asked me as to how long will it take to get the full script ready. I said about a year’s time and explained that I have to give my best for the script ad it would certainly be a time-consuming process!

Both R J Balaji and N J Saravanan who had helmed the movie thanked the Media profusely for their unstinted support and patronage.