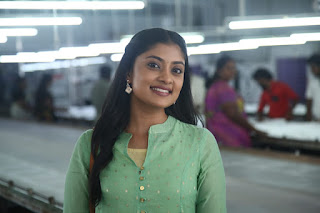 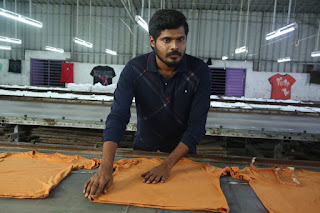 Incidents that happen during Vest Production is being made as a film in Tamil for the first time.

Ulaganathan Chandrasekaran is making his debut as a director.

Films based on true incidents will always receive good response from the people. In that basis 'Angadi Theru' and 'Asuran' were heavily celebrated by the audience.

Similarly, now a film is being made on the incidents that happens during Vest Production in Tiruppur for the first time in tamil. The film is titled as "Kudhukalam".

The film is being produced by M.Suhinbabu as his first film under his production company 'Rat & Cat Pictures'.

Ulaganathan Chandrasekharan is making his debut as a director through this film. He has written the screenplay and dialogues as well. He has worked as Assistant Director for Durai SenthilKumar in films like 'Kaaki Sattai' and 'Ethir Neechal' starring Sivakarthikeyan.

He has worked as Co-director in films like 'Kodi' and 'Pattas'.

The story is about a youngster who takes efforts to fullfil his promise to his father and how he faces the struggles during it. Director has made this story in a comedic way which happens during Vest Production at Tiruppur.

Actor Balamurugan is making his debut as the hero and 'Asuran' fame Ammu Abirami who acted as the pair for Dhanush has been roped as the female lead  in the film.

Along with them Kavitha Bharathi, 'Vijay TV fame, Sanjeevi,

Most of scenes in the film will take place in Tiruppur.