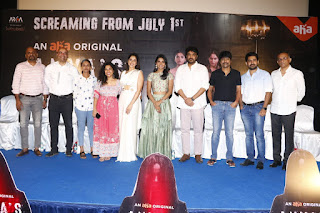 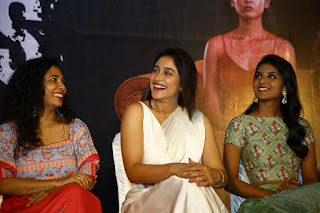 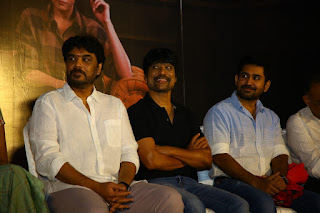 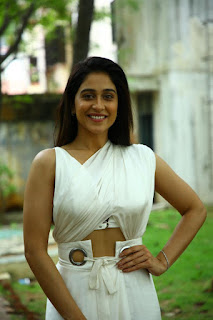 Amidst fierce competition between OTT Platforms, Aha an exclusive Tamil patron has carved a niche for itself on the merit of its meritorious slots!

It is basically a horror thriller helmed by Pallavi Gangi Reddy.

Bankrolled by Arka Media and Aha, it is an Aha Original presentation.

Sundar C., Vijay Anthony and S.J.Suryah were the Chief Guests.

Ajith Takur from Aha said that as at the moment it has nearly 2 million subscribers and has been successfully streaming in about 190 countries! He further touched upon the efforts that had gone into the making of this series.

The producer, lead artistes, guests as Sundar C., spoke on the occasion highlighting on the meteoric rise of Aha and how they put out their best foot forward to come up with the best of outcomes. He also mentioned that he is likely to join the banner on a project.

Vijay Anthony commended the efforts of Pallavi Gangi Reddy while churning out a horror thriller of this sort!

S.J.Suryah showered heaps of praises on Allu Arvind for coming up successfully with his OTT Platform in such a short while.

In their respective speeches both Regina Cassandra and Nivedhithaa Sathish spoke highly of the director, Pallavi Gangi Reddy who has been associated with Aha for quite a while!
Pallavi Gangi Reddy thanked the producers, the entire cast and crew besides mentioning the hard work of all concerned to make this worthwhile viewing!