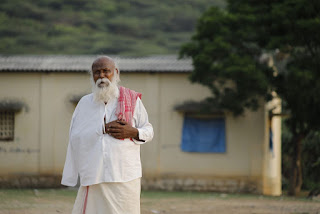 Justice Delayed is Justice Denied-it is said. The film goes a step further-after having delayed pronouncing the verdict for the cases in question, the continuous adjournment and the consequences that follow causing inconvenience and discomfort to both the parties not to speak of the financial outflows involved, forms the base of the narration.

Of course, the screenplay is predictable thanks to the title and the promos done but what makes the film engrossing is the style of unfolding the narration blending it with a bit of romance without losing focus on the main plot!

Barring a couple of familiar faces, most of the members of the cast are new but that serves as a plus point as they all move about naturally in a natural backdrop making the audience travel with them and feel their feelings

Mu Ramaswamy is the film’s life-line who has come up with an extraordinary portrayal. The others in the cast too have done their parts with understanding.

The natural locations had flavour to the proceedings and the courtroom sequences have been designed in a realistic manner.

The film takes a dig at the modus operandi followed in handling the cases, the intentions and attitudes of the advocates concerned.

There is a particular scene in the first half where a small boy talks about the formalities one has to adhere to while entering the court premises which warrants definite mention. The courtroom protocols have very well been explained then which is both informative and educative.

While the former half of the film sets the stage for repeated adjournments in a case wherein an elderly man is injured owing to a freak accident caused by an irresponsible youth hailing from an affluent background, the latter half deliberates on how the courtroom battles keep dragging on without verdict being delivered and finally when it comes, is it fair at all is the billion dollar question!