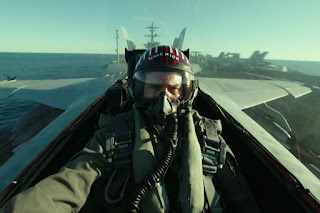 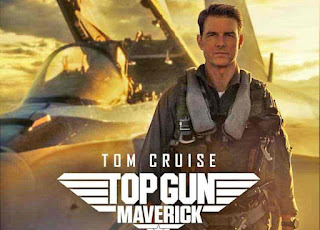 Helmed by Joseph Kosinski with Tom Cruise as the protagonist, this is a stylishly crafted, aircraft action flick that takes the audience on a breathtaking ride wide across the blue skies!

After more than 30 years of service as one of the Navy's top aviators, Pete ‘Maverick’ Mitchell (brilliantly enacted by Tom!) is where he belongs, pushing the envelope as a courageous test pilot and dodging the advancement in rank that would ground him. Training a detachment of graduates for a special assignment, Maverick must confront the ghosts of his past and his deepest fears, culminating in a mission that demands the ultimate sacrifice from those who choose to fly it.

The film offers some fantastic moments of action besides showcasing emotions and every single frame has been conceptualized with utmost care and concern!

The film’s screenplay is based on the characters created by Jim Cash and Jack Epps, Jr.

Certainly better than Top Gun both in content, making and presentation!