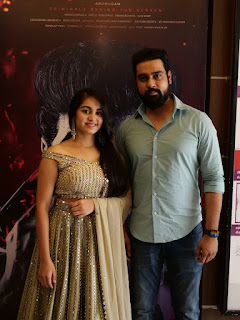 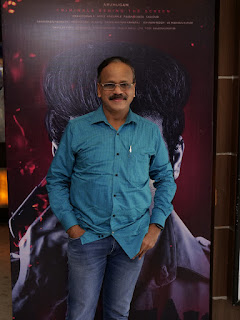 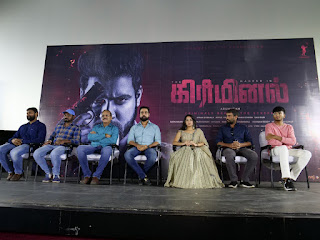 Bankrolled by Kamala Arts, the film helmed by Arumugham is a nail-biting thriller, the Music & Trailer launched amidst a huge gathering of guests that included film personalities, Media Personnel and other invitees!

Kiran Dornala is the cinematographer while Apple and Pineapple have scored the music.

Debutante Janavi is playing the female lead followed by many others in the main cast which includes Haswath and his dad, Saravanan both of whom handling the film’s PR!

In his address, Dhananjayan mentioned that is a huge demand for such thrillers especially on the OTT Platform! I am sure several OTT Players would compete with each other to lap up the rights of release of this well crafted thriller as evidenced by its Trailer!

Mahesh CP plays the male lead while doubling as the film’s producer too!

The theme is about the murder of the hero’s dad while the blame for that dastardly act falls on him!

With two objectives on hand, he has to evade the clutches of the Law as well as find the mystery behind his Dad’s murder!