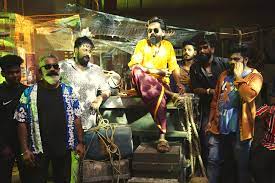 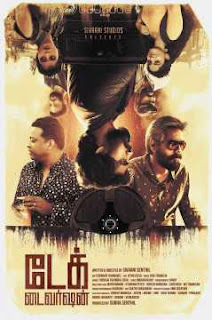 Written and Wielded by –Sivaani Senthil

A road film basically loaded with intended pun and dry humour that is light-heartedly casual!

Sivaani Senthil’s objective appears to have been genuine in wanting to deliver a quirky comedy that holds the attention of the audience grippingly for close to 2 hours but the execution diverts the intention at places but yet, the film is enjoyable, by and large!

Arjun (Sivakumar) is a contemporary youth who is well placed in the I T sector, seriously on the lookout for a life partner but with specific expectations while most of the ‘candidates’ fail to impress him!

Years hurry past and on realization that he is losing out on time and age, he decides to go for the girl whom he had first met through a formal bride-seeing ceremony!

It is decided mutually that they both would ‘formally’ meet again (she too remains unmarried!) at Pondicherry and a road trip is set to roll!

All hell breaks loose when his boss assigns a task which appears simple on the face of it but lot of complications lie underneath as, it involves another lady colleague, Yazhini who is under the tenterhooks of a gangster, Chap (Ramachandran) who assumes to be a 2K kid, holding the torch for that Yazhini!
What follows after has to be seen to be believed!