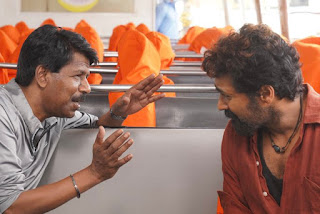 Suriya, as an actor, has already carved a niche for himself besides establishing his credentials as a sensible producer too by short-listing scripts that showcase sensitive themes.

The same could be said of Director Bala who has come up with some brilliant films besides being instrumental for the career blossoming of stars as Vikram!

Suriya 41 is a forthcoming project the shoot schedules of which are set to start soon!

It is close to 2 decades since these two veterans worked together in films as Pithamagan and Nandha!

The project was launched quite a while ago but the rumour mills started working overtime notifying that the project has been stalled!

Disproving that is this announcement that the shoot is to commence soon while the finer details of the project are being worked out currently!

The film’s first schedules have already been wrapped up at Kanyakumari and the second schedules are being scheduled for a bright start, putting the rumours to rest!

Suriya appears in a never before seen kind of character. Kirthi Shetty is the female lead besides a newcomer, Mamitha.

balasubramaniyam is the cinematographer while G.V.Prakash Kumar is the scorer.

The project is bankrolled by 2 D Entertainment.