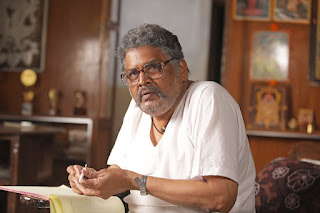 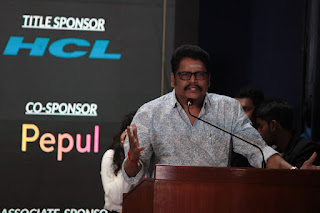 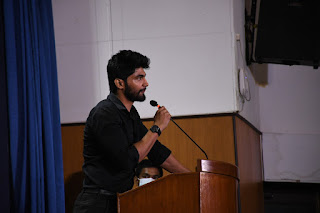 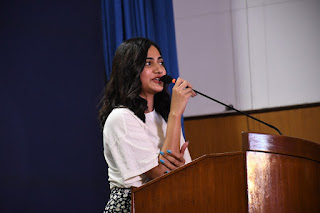 Koogle Kuttapa has proved a hit at the box-office with huge crowds coming in while appreciation has been pouring in from all directions!
Director turned actor, K.S.Ravikumar who has churned out hits with the likes of Kamal Haasan and Rajnikanth normally makes it a point to make a cameo appearance in almost all the films that he has directed!

Of late, he has turned an actor playing pivotal roles.

This is his 2nd home production in which he plays a lone widower whose son is looking for greener pastures abroad.

He and the film’s lead pair, Tharshan and Losliya were invited to take part in a Cultural Event held at S.S.N.College, Thiruporur.

In his address, K.S.R. spoke elaborately about his journey in filmdom pointing out why and how changes are inevitable!

He mentioned that the advent of OTT Platform is an unavoidable phenomenon and no matter with the arrival or exit of the pandemic, it would have arrived!

Such movies a Koogle Kuttapa is one such experience which the audience have lapped up with both the hands!

He also answered queries about his future projects.

A lively session that enthralled and entertained the students!