NAYANTHARA’S 02 on Disney Plus Hotstar! 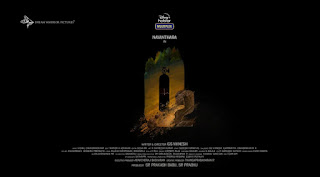 02 –bankrolled by Dream Warrior Pictures and directed by debutante Vignesh, G.S., will be released on Disney Plus Hotstar OTT Platform.

The prestigious platform which has been showcasing several premium contents will be releasing this shortly.

The platform which enjoys patronage from world all over is one among the leading player in the OTT arena which has showcased umpteen numbers of films and film based contents besides programs belonging to various other genres, had recently released Taanakkaran which was warmly received by one and all. Well, 02 is their next offering that will be showcased soon.

Nayanthara who is the heart throb of millions plays the female lead the project backed by S.R.Prakash Babu and S.R.Prabhu through their home banner, Dream Warrior Pictures and helmed by first timer, Vinesh GS, is touted to be a pulse pounding thriller that would draw the viewers to the edge of their seats!

The theme is about a mom and her 8 year old son who has a health issue on account of which he has to have an oxygen cylinder always by his side.

A freak bus accident that occurs while they both travel causes issues for them as there is a short supply of oxygen and the boy’s cylinder is being eyed by all!

How the mom overcomes the hurdles is the thrilling rest!

Shot at locations in the Tamilnadu-Kerala border.