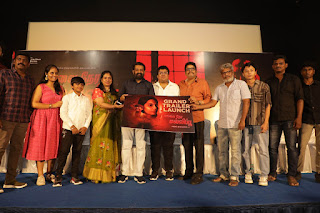 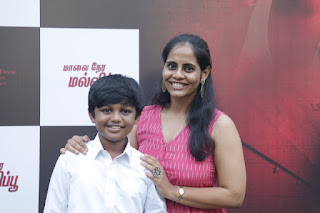 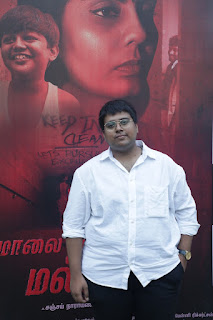 Bankrolled by An Every Frame Matters Production, Malai Nera Mallipoo has been helmed by a 21 year old youth who has taken up a very ticklish subject matter for his debut as a director!

The theme is set around the hurdles and hardships faced by a girl who is pushed into the profession of prostitution by the force of the circumstances with a dutiful obligation to fend for her 10 year old son.

Celebrities as Director Vasanth Sai, K.S.Ravikumar, Subramaniya Siva, Selvakannan etc graced the occasion by their presence while showering heaps of praises on the boldness of a first time filmmaker who has deliberated on a sensitive issue!

The main cast and crew of the film were present on the occasion and each one of them deliberated on the efforts of the young filmmaker in the making of the film.

Vijayalakshmi Narayanan, the film’s producer is none other than the director’s own mother who on realizing her son’s dreams willingly came forward to back the project!

All the guest speakers hailed her efforts while Sanjay Narayanan wholeheartedly thanked her for her patronage for producing the film!

It was indeed an emotional moment for both the mom and her son!