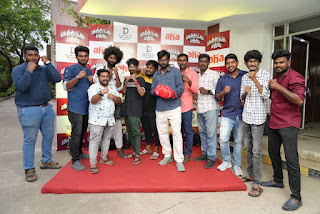 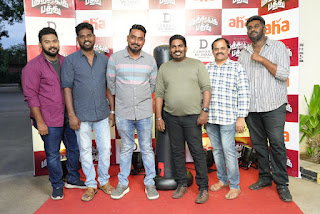 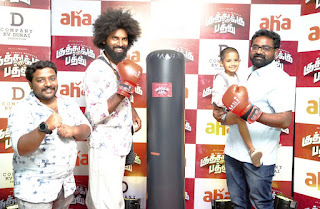 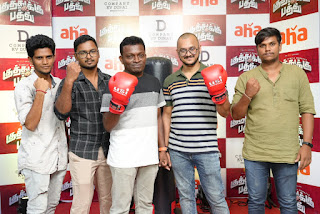 One of the most anticipated movies on the OTT Platform in the recent times is Kuthukku Pathu, all set to stream on Aaha from 13th May 2022!

Helmed by Vijay Varadaraj, the film has already raised several eyebrows! A special screening exclusively for celebrities from filmdom was organised which was attended by Sam Anton, Rathna Shiva, Muthukumar, Das Ramasamy besides the film’s cast and of course, the film’s technical crew!

Besides -Temple Monkeys- crew, Aadukalam Naren, Bose Venkat, Sha Ra, Samyuktha and many others have acted in the film which has musical score by Balamurali Balu. Jagadish Ravichandran is the cinematographer.

Santhosh Senthil is the editor.

Bankrolled by D Company, the film is categorized as a dark comedy.

All the invitees showered praises on the content as well as on the presentation!