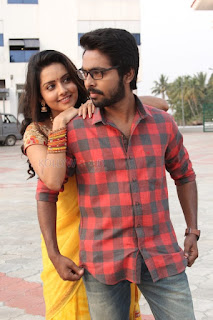 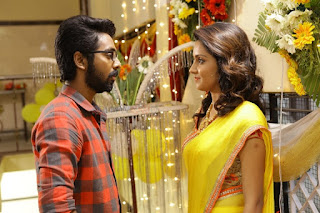 Innovators on the merit of their inventions look out for recognition with a view not to receive rewards but to contribute their mite to the society!
But the authorities concerned turn a nelson’s eye when such innovations are submitted for patenting!

Needless to mention that most of those amongst us willingly come forward to acknowledge and appreciate the inventions of innovations of those from other parts of the globe as well as those from other parts of the country but when it comes to our own people coming up with newer things, they never get their due, most of the time and more so, get ridiculed!

This is the premise upon which Raviarasu (of Eeti fame) has constructed the film’s script with G.V.Prakashkumar appearing as an aspiring innovator with a mechanical engineering qualification while his dad (Aadukalam Naren) is a honest and straightforward cop working under a dubious officer (Hareesh Peradi).

The film’s dialogue sparkles at places-

Naren tells his son honesty has no value these days for which GVP replies, being honest itself is a value of life!
On another occasion, Hareesh Peradi utters these lines-

Another is about a local guy who resorts to malpractices in his chicken farm.

When his daughter falls into a pit, despite the efforts of the authorities to rescue her, nothing happens till the intervention of the protagonist who uses his innovation methodology for the rescue act!

These portions remind us of the Nayanthara starrer, Aramm (2017) where this was the basic premise!

The screenplay could have been woven better for the film to have been more effective!

Yet, the message is loud and clear though showcased in a documentary style at the end!