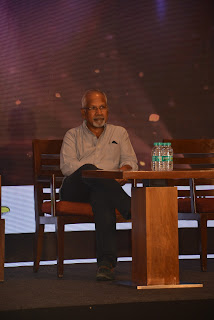 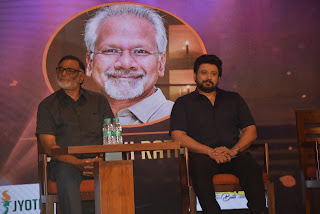 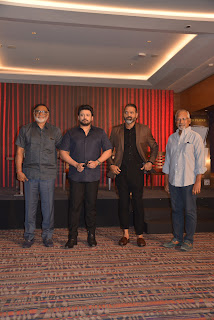 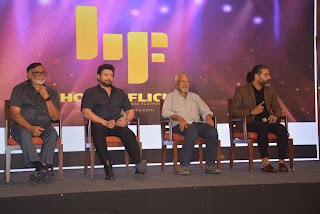 Filmmaking is indeed an art, undoubtedly but when it comes to the process of filmmaking, not only huge sums of money but extended time schedules are by and large inevitable!

Here is available a new technology that is all set to change that equation by simplifying the process of filmmaking as well reduce the time factor involved!

Veteran filmmaker Mani Ratnam who took Tamil cinema to a global platform launched that new technology in the presence of well known film producer, T.G.Thiyagarajan and Actor Prasanth both of whom being knowledgeable in that subject of films and filmmaking using available technological resources!

‘This innovative technology is certain to create a revolution in filmmaking, remarked, Manirathnam!

‘I was so impressed with this software that I decided to demonstrate it by using this technology in my film production!’

Honey Flicks - A powerful software platform MADE IN INDIA, unveiled amidst a packed gathering!

Obviously, the objective is to manage and make film production easier in a hassle free manner!

It all started with Honey Frameworks, an indie production house, which aimed to make a Tamil Feature Film, exclaims Vijay K., the brain behind this new innovation who has played the lead in the film, Vishamakaran!

Just before the pandemic kicked off, Vishamakaran team managed to complete its pre-production phase in a traditional method arriving at 19 call sheets. However, as an Indie moviemaker, Team Vishamakaran was less confident to kick start their production phase due to lack of control measures pertaining to the process of movie-management!

Team Vishamakaran realized the need for a powerful digital solution to make their movie in a cost effective and hassle free manner. Since team Vishamakaran hails from a rich tech background they decided to do things on their own.

That is the genesis of HONEY FLICKS

They developed a robust software platform in a requirement driven approach and used it to complete Vishamakaran. This platform helped the team to revise the call-sheets from 19 to 13 which resulted in 40% cost saving. There were a lot other benefits which made the team Vishamakaran to think of the next step.

If an Indie filmmaker was able to achieve this, then imagine what an incumbent filmmaker could do. Hence they worked further and created a generic, cloud based, Off the Shelf product, HONEY FLICKS. The product is launched for specific customers in Tamilnadu as a dry run.

Historically, the Tamil film industry has always greeted & adopted technology in all formats with open arms.

In this context, Honey Flicks is expected to be rapidly adopted by the Tamil industry followed by all PAN INDIA film production companies.

Honey Flicks is a new way for filmmakers, production companies, and agencies to streamline their production management workflow. This is a web and mobile based software with a suite of integrated products-from managing talent and crew details creating shooting schedules, archiving documents and media in the cloud, to creating, sending, and tracking mobile-friendly call sheets.

Vijay K  has actually put his heart and soul into the process of creating this software made a Presentation that explained the entire process. It is worth noting that he has played the lead in Vishamakaran!

Indeed, this innovation is certainly a big break though in the process of filmmaking!