OH MY DOG-Ready for Release! 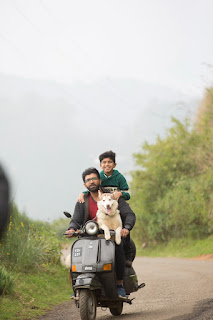 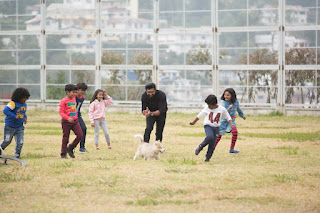 Actor Arun Vijay narrates the paw-fect experience of working with more than 100 dogs in family entertainer Oh My Dog, releases on Prime Video on April 21st!

The recently launched trailer of Amazon Original Movie Oh My Dog has created a lot of excitement and won hearts of kids and pet lovers owing to its heart-warming narrative. The upcoming Tamil entertainer is an emotional story of a kid Arjun (Arnav Vijay) and his pup Simba on their beautiful bond and love towards each other. As we see in the trailer, much to every dog lover’s delight, a lot of four-legged furry friends are having a ball of a time. In a recent conversation, actor Arun Vijay and director Sarov Shanmugam revealed that they trained and worked with more than a hundred dogs for this film!

Speaking about the feat of working with hundred dogs, actor Arun Vijay shared, “It was really challenging to work with so many dogs at the same time. I think we shot with nearly 100+ dogs. Having said that, they seemed to have way more fun than the entire cast and crew.-Hats off to Raja (the trainer) and our director Sarov to ensure that everything went on smoothly resulting in us being part of a beautiful story that will delight us all.”

Sharing his experience, Director Sarov Shanmugam said, “We first bought three identical dogs and trained them separately. Just before shooting, I managed to get a 5-6-year old puppy of the same colour. The problem was the height kept on changing every 10 days. But we did have a plan B. While it was difficult, we managed to overcome it with calculation and timing. Raja, the trainer, has a dog hostel where he trains them. With sports being a crucial element in the film, I encouraged him to teach the dogs how to perform these tasks. It’s like an agility championship that’s held across the globe. The same is taking place here.”

Oh My Dog is about an emotional bond between a puppy Simba and Arjun and their love and affection for each other. Arjun meets Simba as he saves him and then raises him as his own. The movie further moves ahead as Arjun and Simba course through obstacles and eventually find their way to everyone’s hearts around them.

Oh My Dog is produced by Jyotika-Suriya, co-produced by Rajsekar Karpoorasundarapandian and S. R. Ramesh Babu of RB Talkies; music composed by Nivas Prasanna and cinematography by Gopinath.

The family entertainer is set for an exclusive global premiere in Tamil and Telugu on Prime Video across India and over 240 countries and territories on 21 April, 2022.