Proving his worth in a meritorious manner, Mathi Maran an erstwhile deputy of Vetrimaran, takes off to an unusually bold start toying with a bold theme of admission-brokerage in colleges!

The film’s message clearly goes to prove that not all those running professional colleges are true educationalists but opportunists who exploit gullible and vulnerable parents by luring them into admitting their off-springs into professional courses for fancy prices!
The best part of the deal is that students themselves are shortlisted to enact the roles of middlemen in such dealings which eventually expose them to the taste and flavour of easy and quick money which even refrain them from pursuing their studies!

G.V.Prakash Kumar, the film’s protagonist, Kanal fits the character like a glove while depicting the role of a student at a college at where his dad (Vagai Chandrasekar) had coughed up huge money to get admitted. Joining his colleague, Nazir (D G Gunanidhi, the film’s producer), Kanal joins the bandwagon of brokers while power play is at large at the helm.

The Chairman’s (Sangili Murugan) trusted lieutenant is Ravi Varma (Gautham Vasudev Menon) who is at loggerheads with the Chairman’s son-in-law and at point, Kanal clashes with Ravi as matters turn from bad to worse.

GVP is passable but Varsha Bollamma’s presence, as well as the performance, leaves much to be desired with her character serving no purpose at all, by and large!
The background score is a bit too loud while songs just pass off.

Is Gautham Vasudev Menon getting typecast, one is forced to wonder!

A rare theme handled effectively which drives home a couple of messages.

S. Thanu of V Creations has presented the movie. 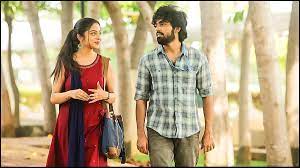