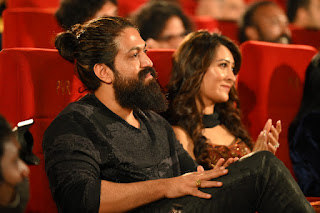 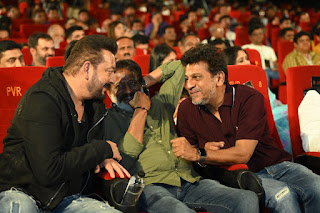 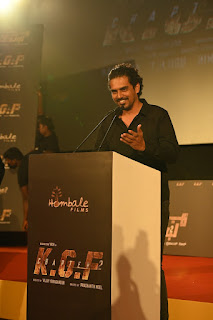 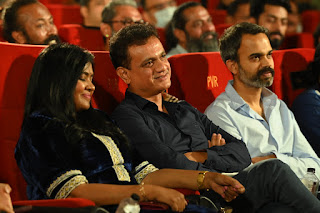 One of the most awaited movies in the month of April 2022 the release of which has been pitted against Vijay’s magnum opus, Beast is the Yash starrer, KGF Chapter 2 both of which have been scheduled for release on April 14th in coincidence with the Tamil News Year’s Day.

Including Tamil, the film’s Trailer has been released in 5 languages.

The film’s new Trailer was recently released by Shivarajkumar, the eldest son of the late legendary matinee idol of Sandalwood, Dr. Rajkumar.

Bankrolled by Hombale Films on behalfof V Kiragandur while Prashanth Neel has helmed the film, the mega project is being distributed by Dream Warrior Pictures all over Tamilnadu. The Trailer Release event was held on a massive scale at Bangalore!

The Trailers in Kannada, Tamil, Telugu, Malayalam and Hindi were released.

Bollywood star Sanjay Dutt is playing a crucial role in the film which also has Raveena Tandon, Prakashraj, Malvika Avinash, Achuth Kumar, Rao Ramesh, Eswari Rao among others. Ravi Basur is the scorer.

Actor Prithviraj is releasing this film in Malayalam who too spoke on the occasion.

Karan Johar from Bollywwood who presented the entire proceedings ensured that it was done in a very lively manner.

All the speakers who addressed the gathering spoke high of the production, the technical aspects of the film as well as the meritorious directorial flashes.

The film’s Trailer was truly spectacular which initiated continuous applause from the huge crowd gathered.