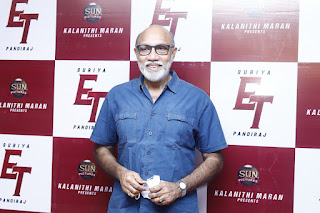 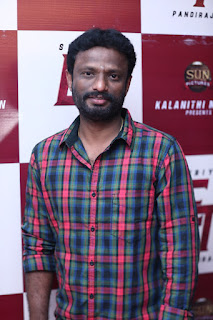 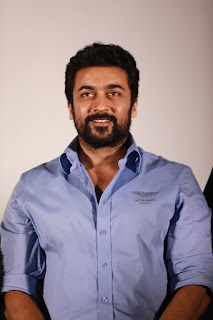 It was years earlier that Sivakumar had acted in an action packed role in a film titled Etharkkum Thuninthavan.

Now, his son Suriya Sivakumar has played the lead role in a film carrying the same title which has been bankrolled by Sun Pictures while Pandiraj has scripted and helmed the project.

The film’s Trailer was released amidst much fanfare recently which was attended by the main cast and crew of the film.

Priyanka Mohan has played the female lead while Sathyaraj has played a pivotal role in the proceedings.

In his address Suriya mentioned that many human beings are suffering owing to the war there, we are celebrating a film project while expressing his care and concern for all those in distress here. He also said that for us to gain certain things in life, we need to be prepared to give up certain other things which will eventually enable us to get out of our comfort zones to achieve what we aim for!

He also spoke elaborately on his family’s association with Sathyaraj addressing him as uncle!

In his speech, Sathyaraj said that he doesn’t mind donning roles with negative shades again in films if the characters that come his way are challenging!

Pandiraj elaborated as to how the project materialised and the movie was made at this level.

This much awaited flick is scheduled for theatrical release on March 10th 2022.

Looks like the project is fully prepared to taste success at the box-office!