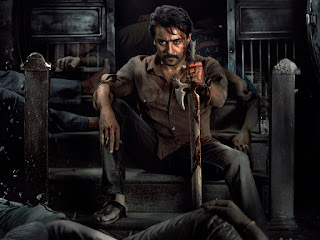 When a well known banner and a frontline actor combine with a discerning filmmaker for a commercial project, it is the first mentioned two who prevail over the proceedings as was the case in the recently released Valimai. Same is the case here with Suriya being uplifted as a mass hero with a cause to crusade!

Yet again he appears as an advocate who is approached by one and all, the unknown included, whenever and wherever justice takes a back seat while they all deem that only he can bring it back to the front!

Suriya looks every bit a mass hero with a mass intro as well as a mass-song and all other sequences that follow projecting him as one, always!

Surprisingly, Sathyaraj and Soori fall to create a flutter and Saranya Ponvannan is that typical screen Mom who pets her son like a kid!

Priyanka Mohan looks her part and is refreshing to look at!

The score of D.Imman passes muster with a couple of songs which aim at providing mass-appeal.

Rathnavelu the cinematographer and Jacki the art director have a lion’s share in ensuring that the scenes look pleasant!

The theme is oft repeated circling around two adjacent villages which are mostly at loggerheads and on expected lines the villain of the piece belongs to one while the hero belongs to the other!
Vinai Roy is adequate as the antagonist who exploits young and vulnerable girls! He has a team of youngsters on his side to execute his plans of action.

How the protagonist delivers his own verdict is the predictable rest!

The hardcore fans of the actor will be too happy to see their favourite hero in a larger than life kind of character!