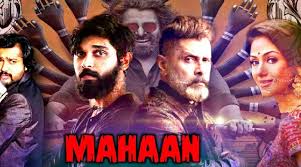 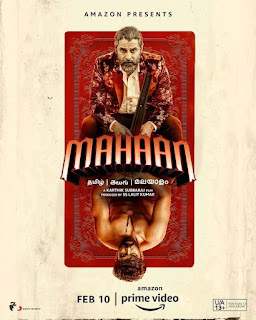 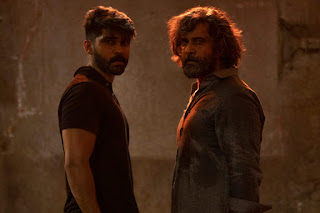 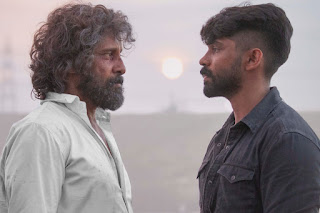 Vikram bounces back with a vengeance with this action packed gangster movie in which he has been pitted against Dhruv Vikram, especially in the second half! The dad-son relationship has been conveyed and communicated from a daringly different dimension and the manner in which the drama unfolds deserves meritorious mention!

Vikram has done about his character in his own inimitable style, of course with his customary ease and it is a treat to watch him perform!

Simran appears as Vikram’s better half but lacks in scope to parade what she is capable of!

Her character could have been created with a little more of substance and stuff!

Simha has executed himself admirably and the bonding between him and Vikram has been brought effectively by the director. Muthukumar as the third corner of that triangular friendship of these three sincehood!

Besides Dhruv who makes a mark in a powerful manner, Sananth appearing as Simha’s son is a surprise package of the proceedings! He comes up with his best in the scene where he tries to convince Dhruv to give up his task to settling scores!
Santhosh Narayanan’s is a noteworthy value addition to the film and his background score is exemplary!

The theme is about a man, Gandhi (Vikram) whose family follows Gandhian ideals and on an occasion when he just slips just for the heck of it, all hell breaks loose and his life changes, that too, forever!

In course of time, he turns a gangster offering support and assistance to his childhood friend Sathyavan (Simha) whose offspring Rocky (Sananth) toes the line of his dad!

Gandhi’s past returns in the form of his son, Dada (Dhruv) angling for vengeance on his Dad who had wronged his Mom!

The climax portions have been well thought and executed!

The running time of the film is a tad too long but the director has thought it fit to take his own sweet to define and establish the principal characters in a thorough manner which justifies the film’s length!