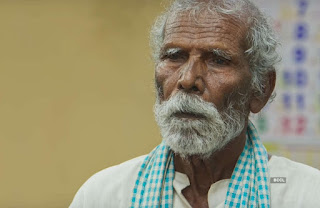 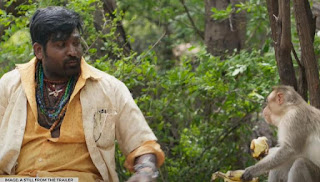 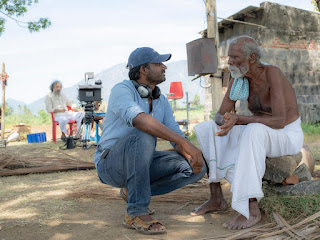 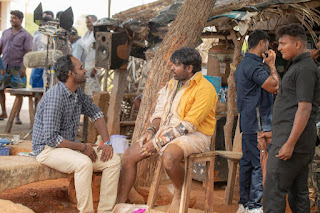 Some films linger in our hearts even long after we leave the theatres!

The thematic content, the execution, performances, camera work and music –if all these combine and fall in a straight line, accompanied by the apt acumen of the maker as evidenced through his directorial touches then it becomes a heart-warming cinematic experience that remains firm in the minds of the viewers for quite a long time!

Watching this flick was one such brilliantly breathtaking experience that stood out as a specimen as to how discerning films have to be dished out!

Hats off to Manikandan, the creator of Kakka Muttai which won encomiums from all possible quarters!

For quite some time now, films that deliberated on rural themes especially those the scripts of which were woven around the plight and predicament of farmers who find it hard to sustain and survive with the corporate companies projected as the antagonists!

It is certainly not so here though the screenplay is broad based on agriculture and agriculturists it doesn’t exactly project corporals as the villain, though it is only showcased in a suggestive manner!
The film takes a strong dig at the local powers that be, the law enforcement department, in particular, which goes all out to victimize an innocent villager who breathes agriculture not only through his nostrils but through his heart!

The film’s protagonist is a very old man but strong in physique as well as in his mental make-up!

He is in fact a loner leading a life of contentment unmindful of the nuances of the smart world where the smart ones only survive while the others lead a routine life punctuated by mediocrity!

He is arrested and remanded of having killed and buried 3 peacocks, only the latter part being true!

Owing to a spirit of vengeance, the cop concerned files an F.I.R. against the hapless old man who is absolutely unaware that he is being framed!

A young Magistrate who hears the case immediately recognizes the innocence of the old man but is forced to remand him as an F.I.R. has already been filed. Despite her best efforts, owing to the lethargic attitude of the department, it calls for more time to get him acquitted.

Soon after that she walks that extra mile and walks along with him to his farmland joining his cause to do farming in his agricultural land.

The climax portions are soaked in emotion and the director spares no effort to make the viewers sympathize with the old man!

Nallandi as the good old farmer attached deeply to his roots is just a class apart! He has literally walked through the character!

Raichal is very natural and her deglamourized make up adds value to her performance.

Vijay Sethupathi and Yogi babu seem to serve no big purpose in the proceedings but do not cause distraction either!

The film warrants a standing ovation for the last (agriculturist!) man standing on the farmland!

Those belonging to that category of people who have migrated from such rural places looking for greener pastures in urban areas would certainly be able to take a walk down their memory lanes!