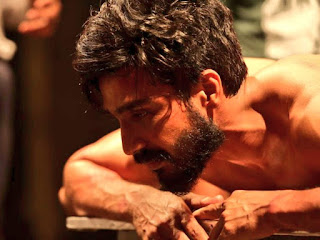 Ever since the stupendous success of Ratchasan, Vishnu Vishal has graduated into a bankable star whose scripts showcase a strong base!

Here is one more!

Needless to mention, he has put his heart and soul into the character of Irfan Ahmed and the efforts he has evidently put to make his character sizzle and shine deserves a pat on his back!

Manjima Mohan looks a bit too well built and she does nothing much to write home about but both Raiza Wilson and Reba Monica John score meritoriously!

Gautham Vasudev Menon exudes charm and is impressive as the head of an Investigation Agency.

A chemical engineering graduate from IIT who is also a gold medallist finds it difficult to get placed by doesn’t give up!

He happens to be at the wrong place at a wrong time and is erroneously convicted as a terrorist owing to circumstantial evidence and faces a lot of hardship, losing his dear Mom in the bargain.

He springs up and hits back at those who framed him and the rest of the movie is about how he sets himself free and even volunteers to avert an ensuing danger!

Watch it to enjoy some pulse pounding moments!