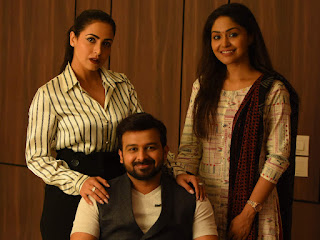 Written and Wielded by- Vijay Tamilselvan

The film which happens to be the launch vehicle of Kishan is a psychological horror thriller that deliberates on black magic, modus operandi of its execution besides trying to connect between science and astrology.

With such a base for a narration, the film is interesting only to a reasonable extent as it swings like a pendulum in bits and parts in most of the sequences.

The screenplay should have been made tighter and there are one too many loopholes that deviate from the main plot!

Also, the characterizations lack depth and hence it becomes difficult for the viewers to establish a connection with them.

For a beginner, Kishan looks good and has come up with a decent performance.

The girls do their parts well, leaving behind an impact.

The first half of the film talks about some mysterious happenings while the second half traces the causes while trying to find out possible solutions.

The film ends on a suspense filled note suggesting a sequel...