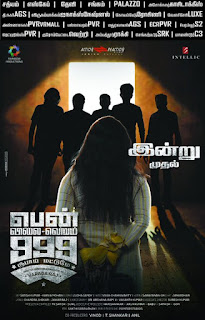 Written and Directed by –Varadaraj

Exploitation of women folks by their counterparts is an age old practice which has been in existence since long!

Notwithstanding the fact that women too are scaling dizzy heights in very many avenues breaking new grounds in creating newer vistas in their chosen fields, they still continue to be chased and harassed by some cruel minded men who run a racket too in that connect.

Varadaraj who has produced and directed this flick has scripted the atrocities bestowed upon women in a very touching manner focussing on how the women folks are being tortured by some evil beings and how the society can contribute for a change of scenario.

The screenplay also talks about the efforts of the fraternity of cops who stick their necks out while trying to nab those criminals by catching them in their act!

The film carries a social message as to how the male chauvinists have to treat their counterparts and also the manner in which the women folks have to be respected and regarded.

The title is a misnomer but the message is loud and clear.

A more familiar cast would have been a redeeming factor but still the performance of the main cast passes muster.