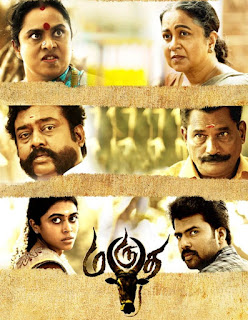 Written and Wielded by – GRS

GRS who has assumed responsibility for the script and direction has also played the male lead in this film set against a rural backdrop the theme woven around the tradition of Seimurai which refers to the act of extending financial courtesy to a family wherein a marriage takes place! The kith and kin of that family as well as all those families in that neighbourhood that are well acquainted with that family have to give money before sitting for a meal!

The opening sequence set in a previous era looked promising but the same cannot be said of the screenplay that follows afterward! One irritating factor is the interminable length of the film and GRS should have certainly shortened it adequately in which case the film would have been better off!

Viji Chandrasekar has literally gone into the skin of the character of Kaali that the viewers instantly begin to hate her; that apart, it is but a fact that she has gone overboard while portraying that character, especially after a point!

Radhika SarathKumar is subdued but effective emoting to the required level but refrains from being melodramatic!

So to say, almost all the male characters in the film appear to have been underwritten including that of GRS who is technically the hero of the film!

Marimuthu has been wasted in an insignificant role.

Saravanan comes and goes making it a point to do the act of disappearance especially during the crucial scenes! The same can be said of Vela Ramamurthi too!

Ilaiyaraja’s music is a redeeming feature of the film.