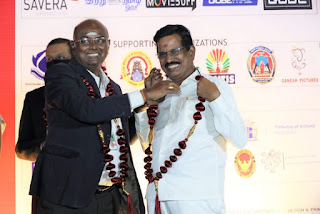 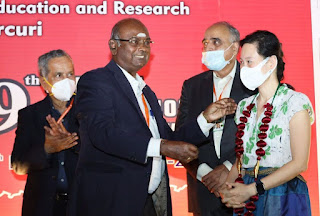 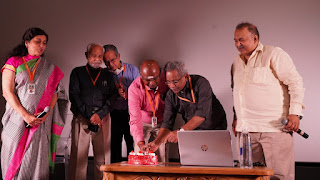 The 19th Chennai International Film Festival of India was held from the 30th December 2021 till the 6th January 2022.

Nearly 121 films from about countries participated in this year’s Festival despite the curbs imposed by several countries owing to the return and rise of the pandemic!

While Nanni Moretti’s Three Floors was the Opening film, Gaspar Noe’s Vortex was the Closing film.

Besides showcasing World Cinema, this year’s Festival had a Retrospective of the German filmmaker, Caroline Link and Korea was the Country of Focus.

Spectrum of Iranian Cinema, Coming of Age-French Cinema were the noteworthy Sections of this year’s Festival besides the usual Indian Panorama, Malayalam Cinema and of course, the Tamil Feature Film Competition.

In the Coming of Age-French Cinema –Play and Zombie Child were noteworthy.

In the Retro Section, All about Me overtook the other films!

In the Country Focus –Korea, A Taxi Driver and Stand by Me –stood out!

Yet another salient feature of this year’s festival was the Master Class held.

The Jury of the Tamil Feature Films were Vasanthabalan, S A word S Stanley –both film directors and S.Poorvaja, a Journalist from The Hindu.

Singeetham Srinivasa Rao who has made films with Kamal Haasan which were acclaimed both critically and commercially was honoured with a Lifetime Achievement Award.

ICAF (Indo-Cine Appreciation Forum) started organizing CIFF from the year 2003. Striving to be in par with the best International Film Festivals across the globe, CIFF is dedicated to presenting the best of international and Indian Panorama films to the cinema loving city of Chennai, just as it showcases the best of Tamil films to the world.

E. Thangaraj the brain behind the Film Festival who is the (Film) Festival Director has years of experience in participating in the International Film Festival of India and as a vast knowledge in organising such events on such a scale ensuring global participation of films!

Shylaja Chetlur of Cine Rendezvous who is very passionate about films, stood and served as an Executive Committee Member. She curated the Master Classes too.

She is an actress too and was seen in the first episode of Gnana Rajasekaran's Aindhu Unarvugal as a Mom who understands the plight of her adolescent son who gets infatuated by his tuition teacher!

She has been a part of several television serials too!

In all, the combined and consolidated efforts of so many film lovers and patrons made it possible for this Film Festival to go successfully...