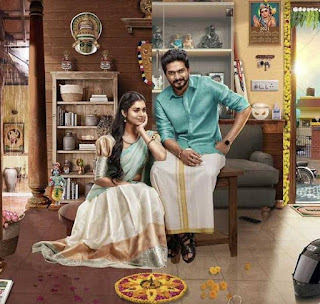 Bigg Boss Tamil fame Malaysia-based independent musician, singer and actor Mugen Rao is making his acting debut with this romantic lick laced with humour (credit to Soori!) and action at the climax!

Gopi Sundars musical score is a plus point o this film the screenplay o which has been woven around 2 college students played by Mugen and Meenakshi.

Soori combines with Mugen to let loose some enjoyable humour which is well within limits of decency!

Prabhu asserts his class in a pivotal role as Mugen’s dad.

Hareesh Peradi is in his elements as the local politician s also the villain of the piece who undergoes a change of heart at the end in a very dramatic manner!

The costumes of Mugen especially in the song and dance sequences deserve mention.

Thambi Ramiah who has a tendency to go overboard does it yet again here too!