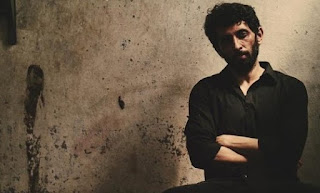 Produced by –R A Studios

Written and Wielded by- Arun Matheswaran

For an average viewer, this offbeat, discerning flick may seem overtly violent punctuated by despicable bloodshed and crude killings but the maker’s move (Arun Matheswaran) are daringly different and hence the film travels at a different plane altogether!

No doubt, the action scenes are absolutely soaked in violence to the highest degree possible but both the stunt choreography (Dilip Subbarayan) and cinematography (Sreeya Krishna) lift the film to dizzy heights exhibiting the expertise of the filmmaker!

The flashback portions are showcased in black and white texture with a low key lighting steering the film on to a different path altogether!

After Taramani, it is a worthwhile film for Vasanth Ravi who affixes his stamp of authenticity in acting in every single frame! The long walks up and down the road describe the depth of his mindset!

Each and every scene in the film has been well thought out and mounted, almost in a flawless manner with hidden nuances that would catch the eye of only the discerning viewer!

Hats off to Arun, the maker for his painstaking efforts in pulling off this venture in an effective and efficient manner!

Vasanth Ravi is Rocky, the film’s protagonist who is just out of prison to lead a normal life after accessing his sister, Amudha (Raveena Ravi) following the forced death of their mom, Malli (Rohini, subdued portrayal!).

Manimaran (Bharathiraja) is the brain behind Rocky’s family getting affected and on expected lines Rocky long for revenge; same is the spirit of Manimaran whose son (Rishikanth) was cold-bloodedly murdered by Rocky, right in front of his (Manimaran’s) eyes.

How things draw to a fitting finale on the way to Dhanushkodi is the chilling rest.

One of the noteworthy movies of this year the making of which showcases an European flavor!