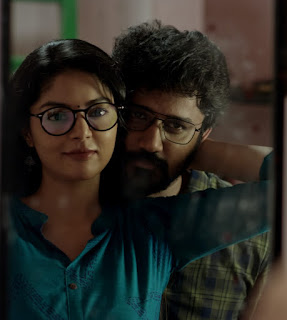 Produced by - Life Goes On Pictures

A doctor, Prabhakaran (Michael Thangadurai) who loses his license to practice for a stretch of 10 years besides imprisonment for 5 years on grounds of medical negligence joins a private detective as an investigator very much against his wishes to survive and is soon befriended by a girl, Amudha (Sanam Shetty (cute and effective) working in a medical shop. They soon get together in life.

But Prabhakaran’s boss, Rathnam (Gajaraj) doesn’t let him go off the hook and while pursuing a petrol bunk owner, Azhagappan (Jayakumar) on grounds of fidelity based on a complaint by Jayakumar’s wife, Prabhakaran gets entangled in a web and as time unfolds he gets trapped deeper and deeper!

At one stage, he decides to call it quits especially after knowing that his wife is in the family way but that is not to be.

Soon, Amudha gets kidnapped and killed too soon after Prabhakaran takes leave of Rathnam.

There is also a political angle to the proceedings that follow and Prabhakaran swears revenge on the guy who cold-bloodedly murdered his wife.

Kalyan Venkatraman’s cinematography (especially the drone shots) and music of Shiva (the background score in particular) are both salient features of this engaging flick.

A well crafted thriller that is worth a watch!