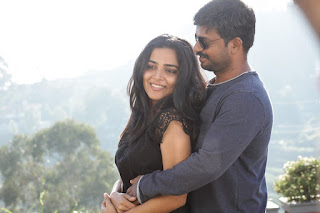 A woman; two men in her life! A child!

The film’s script is tightly yet neatly woven round these characters!

An attack is planned against the motherland! A man rises in revolt to thwart that attempt!

The film’s plot is broad based on these aspects.

She falls in love, gets married and begets a child too.

Circumstances force her to get separated from them both!

She gets married to another person.

Owing to circumstances she gets to meet her ex-husband and child!

How things move on is the sensitive rest presented in fairly interesting manner!

Sharvanan Subbaiya is back with a big bang through this flick and as suggested by the title, this is a comeback film for him undoubtedly!

Srinivas Devamsam’s camera work and the apt musical score by Naren Balakumar are two noteworthy aspects of this flick that is certainly worth watching!