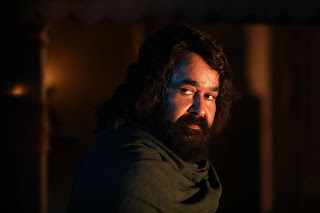 Written and Wielded by –Priyadarshan

The director-actor combo has always worked wonders at the box-office whenever they collaborated on the screen on almost all the previous occasions! Versatile director Priyadarshan and iconic Malayalam superstar Mohanlal have teamed up once again with a award winning blockbuster that deliberates on the unnerving and untiring efforts of theself-proclaimed 1st Naval Officer of the country who spared no efforts to fight for freedom from the Portuguese and laid down his life ultimately for that cause without any compromise on his principles to protect the interests of the people and place!

Mohanlal has come up with an arresting portrayal and his son, Pranav plays his part to perfection as the younger version of Maraikayar. Keerti Suresh looks absolutely charming. Arjun asserts his class in a cameo. So does Prabhu in a pivotal role. All the others in the stellar cast have executed themselves effectively.

Production values are class apart and even minute details have been given the fullest focus!

A movie that should not be missed!