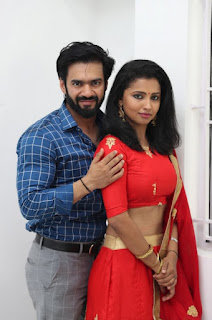 A well crafted psychological fantasy thriller by the writer of Jiivi who has blended both the genres in a very tactful manner!

The narration is set the life and times of a professional football player who gets entangled by some psychological happenings that pave way for some fantasy filled happenings in his life! The film’s genre could as well be termed as a psychological fantasy perforated perfectly with unexpected twists and turns that gives a jolt to the viewers time and again! The scenes are loaded with surprise elements too!

A duet song sequence has been shot lavishly at some lovely locales abroad!

While Yogesh appearing as a football champ is quite comfortable as the protagonist Anicka provides the oomph element.

Guru Somasundaram asserts his class in a complex character.

Y.G.Mahendra is good in an extended cameo.

The climax gives a new dimensional view to the plot!

Worth a watch certainly!