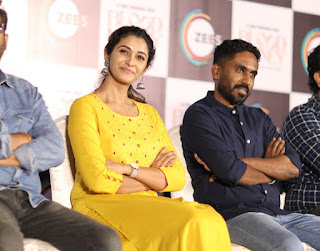 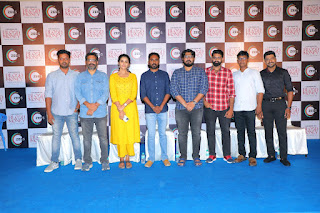 Zee 5 original-Blood Money- is an absorbing suspense flick that has been directed by Sarjun KM with Priya Bhavani Shankar, Kishore and Shirish in the lead roles.

All the speakers stressed on the extraordinary efforts put in to prepare for this project and on the aspects of execution too.

Priya Bhavani Shankar spoke elaborately about the nuances of her character and the manner in which she did her homework to give her best shot for the project.

The effort of the Zee 5 team was also lauded by one and all based on the way they go about a project scheduled to release on their OTT Platform.

Kishore’s performance in the film was highly appreciated by all those who spoke.

The contribution of G.Balamurugan, the cinematographer and the musical score of Sasidh Raghunanthan too were meritoriously mentioned.

A lively event prior to the screening of the film that brought the Media to a preparatory mood!