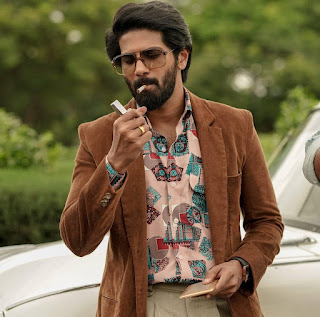 The young son who already has a star rating to his status as an actor has proved his credentials yet again in a challenging role as a man with many faces!

Indrajith Sukumaran asserts his class and caliber as a cop with an undying spirit of pursuance and patience as the investigating officer who chases Kurup the film’s protagonist who is the run which managing to change his identity to cover up his tracks!

The theme is based on the real life story of Sukumara Kurup who kept moving constantly and consistently evading arrest despite the best efforts of the Police Department.

Srinath Rajendran appears to have settled for a slow and steady pace as the film takes its own time to move on to the top gears!

Nimish Ravi’s cinematography is noteworthy but the same compliment cannot be showered upon Vivek Harshan the film’s editor who appears to have taken the slow pace of the proceedings a bit too easy!

With a little more grip over the narration the director could have made it much more effective yet, good enough to sustain the interest of the audience!