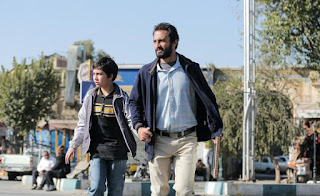 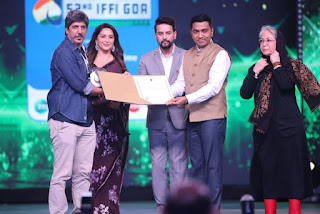 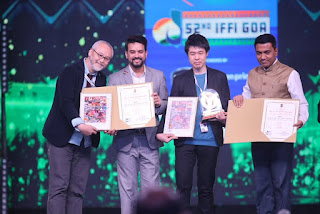 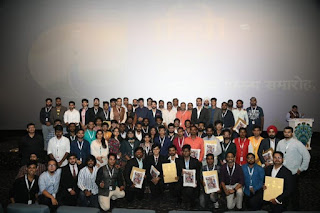 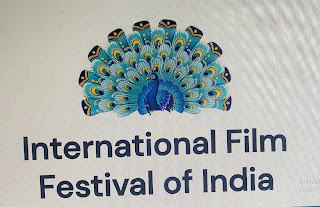 Cinema is a very powerful medium of entertainment that casts a powerful impact on the lives of all cineastes in the world all over!

India is a powerhouse performer as far as producing movies are concerned, that too, in multiple languages wide across the length and breadth of the country!

Film Festivals that showcase the best among the best films made across the globe attract huge crowds not only from the film fraternity but also bring in a vast multitude of people including film critics and film journalists, directors, producers, actors, technicians, distributors, exhibitors, film students and of course, the public at large who happen to be film buffs!

It was in the year 2004 that IFFI (International Film Festival of India) shed its caravan nature having the venues at the major metropolis of the nation, every year, mostly held from January 10th to the 20th, every year! From then on, Goa became the permanent venue for IFFI and this year, 2021 too, it was held from November 20th to the 28th.

The organisers had arranged for a Retrospective on Sean Connery as a mark of paying homage to the original on-screen Bond!

From Russia With Love, Gold Finger, Untouchables, You Only Live Twice and The Hunt for Red October.

The Festival got flagged off on the 20th of November with a sizzling performance by Ranveer Singh at the Dr. Shyamaprasad Mukherjee Stadium in Goa. Karan Johar and Maniesh Paul played the hosts.

Spanish filmmaker, Carlos Saura’s The King of All the World was the opening film.

One other salient feature of this year’s festival was the screening of a good number of globally acclaimed films as well as films that were applauded at other Film Festivals!

Spencer, Titane, Compartment No.6, Feathers, The Worst Person in the World, Brighton 4th,-to name a few!

Iranian filmmaker, Rakhshan Banietemad was the Chairperson of the Jury and his team included filmmakers from UK, Columbia, Sri Lanka & India.

Golden Peacock Award for the Best Movie - The Ring Wandering

Silver Peacock Award-Saving One Who is Dead

Mr. Simon Farriol wins the 'Jury Special Mention for the Debut Feature Film of a Director' for the movie, Wealth of the World.

IFFI 52 came to a close with the screening of Cannes Grand Prix Award winning film of Asghar Farhadi’s A Hero.

Since its start and over the years, IFFI had been showcasing cinema by choosing some of the finest creations from several countries wide and well beyond geographical boundaries as well as those made here which has eventually stood out virtually as a visual treat to all film lovers all over the world, including our own! See you all at the next IFFI!