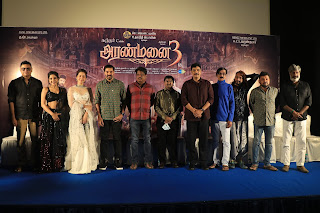 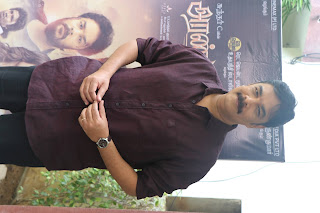 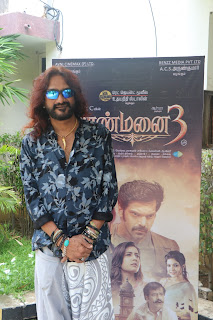 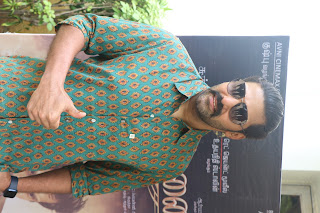 Sundar C. Is not only a versatile filmmaker but also a talented craftsman!

Infusing humour into his films is indeed his USP as evidenced in many of his films most of which have kept the box-office bells ringing!

His latest outing is Aranmanai 3, the 3rd instalment in the successful Aranmanai franchise!

The film’s music has been scored by Sathya.

Senthil Kumar is the cinematographer.

In his address, Sundar C. elaborated on the efforts that his team had to put in in order to find a huge and magnificent palace to shoot the film. He also mentioned that the earlier two films were shot on palace-sets but this one was shot at a real palace! He also mentioned that it was a real challenge for him to create the script and screenplay for this 3rd part as the audience would expect something similar but not the same which were showcased on the earlier two outings of the franchise!

A horror comedy all the way with a galaxy of stars rocking all the way!

The entire cast and crew paid homage to Late Vivekh.

Mention was also made about the involvement of both Raashi Khanna and Sakshi Agarwal.

The Trailer was fabulous kindling the interest of those who saw it!