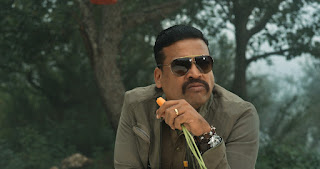 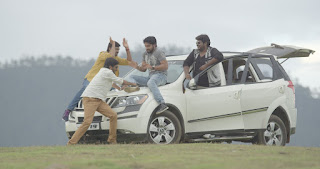 A gripping murder mystery with never a dull moment accounts for the fast paced flick that has the correct length of running time!

The director’s focus has been very clear right from the moment go!

Set in and around the Princess of Hills that is Kodaikanal, the screenplay is set around a forest guest house where a doctor’s family check in while a group of youngsters too come on a holiday to let their hair down and enjoy!

Samrat’s cinematography is an asset as the enchanting beauty of the paradise-hill station has been showcased in all splendour that virtually takes the audience on a ride there!

Both the husband and wife are doctors while their daughter is the apple of their eyes.

The four youngsters are well qualified and are there to chill out.

Both, the doctor’s family and the boys get together on a trip around as the former’s car breaks down!

The very same night on their return, the little girl is found missing and likewise, one of the four boys too goes missing.

Soon, the boy’s body is found and it is inferred that he was murdered!

John Vijay, the local cop takes up the investigation and how he solves the mystery of the murder is the interesting rest.