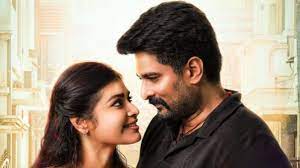 Written and Wielded by –Mohan G.

A sensitive subject handled delicately and daringly by Mohan G. It is worth noting that the same director had made Draupathi earlier tasting success!

The central knot deliberates on drug mafia as well as the aspect of conversion of religion by a particular community and how things take bad turn on account of all these form the format of the narration of this flick that moves at a jet pace in entirety!

Rishi Richard plays a daring yet dedicated cop who would stop at nothing to put an end to those break the law.

He is forced to face a bigwig (Gautham Vasudev Menon) who is all venom well equipped with exploitive skills.

He gets Rishi framed on false charges and how Rishi gets acquitted is the tension filled rest.

Rishi hs come up with a powerful performance while Gautham Vasudev Menon proves a stylish villain. His characterisation here reminds us of his role in Trance, a Malayalam thriller.

The others in the cast have rendered good support.