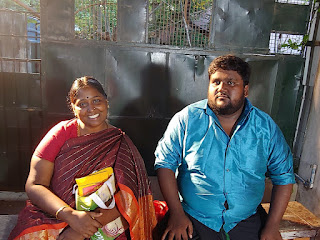 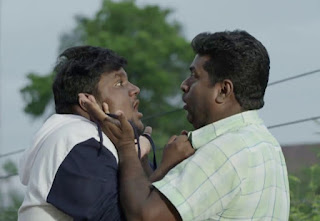 The objectivity of a filmmaker is what exactly matters while dishing a film within a limited budget with a little known cast and crew. In that perspective, it is definitely true that S.G.Ezhilan, an independent filmmaker has come up with a winner that tickles your funny bones in an interesting and enjoyable manner without being very critical about the crux of the plot that centres round the practice of checking out of astronomical predictions with those who practice the same as a profession!

The film carries a relevant message too as to what extent one has to rely and depend upon such observations by those who practice it as a profession. It makes a further statement that one has go by intuitions while being helpful to those around us who need our help and assistance! Adding to it, it also advocates the advice that those who received such timely help should try and help others when an opportunity surfaces! In other words, goodness begets goodness and it should become a chain of action! The best part of these portions is the fact that at no point does the director turns preachy! As an actor too, he passes the litmus test!

Deepa Shankar who was seen recently in recent releases as Rudrathandavam, Doctor etc has carried herself quite well and her innocence is her USP! The actors playing the protagonist’s friends too are very natural especially, Thidiyan.  Thamim Ansari’s music and J.Sabaish’s music warrant mention.

Certainly an enjoyable fare that keeps the audience in splits most of the time!