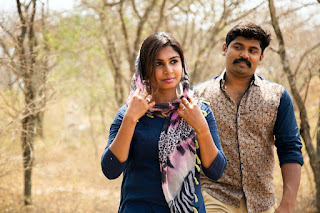 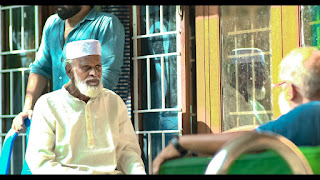 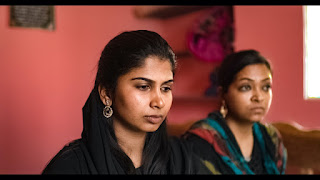 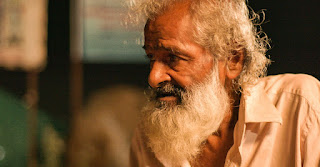 A winner of multiple awards at various Global Film Festivals, the film deliberates on the religious aspects of the Muslim community and the manner in which they inculcate the habit of being religiously inclined to God especially with growing children with impressionable minds!

The rituals when a man from the community breathes his last and the last journey of that individual while speaking about the role play enacted by those around, especially the near and dear ones as well as the kith and kin of the deceased have been elaborately depicted in a very effective manner.

The cinematography of T.S.Prasanna deserves special mention especially in the scene where a departed noble soul undergoes the last journey while a flock of sheep is being shown of walking across-pathway to heaven-brilliantly conceived and breathtakingly shot sequence, this is!

Also, the camera work sizzles where a man is shown sitting at the edge of a twisted boulder across his house atop a mountainous terrain!

Arguably, the scene where a news item on the television about the entry of women into the Sabarimala Shrine could have been avoided which has no relevance to the crux of this film’s plot, whatsoever!

But in all, a good movie made and presented well.

As this movie could be categorised as parallel cinema, the slow pace is not an issue!