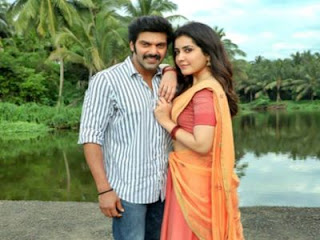 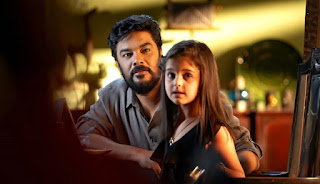 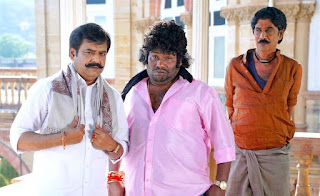 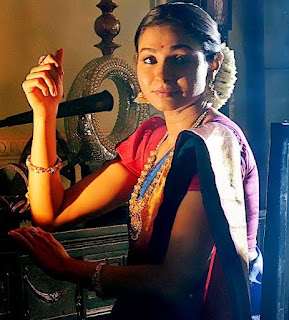 Scripted and helmed by Sundar C.

Known the pulse of the audience and dishing out a delicious fare is no easy task for a filmmaker but Sundar C. appears to have mastered that art in a professional manner!

He came up with the Aranmanai franchise for the 1st time in 2014 with Santhanam heading the herd of comedians! In 2016, it was Soori who did the honours in Aranmanai 2! Now, in 2021, it is Yogi Babu who has taken up that task (besides the late Vivekh) in the 3rd instalment of the famous franchise that sizzles and shines with enjoyable, instant-humour coupled with computer graphics presented well.

Arya lends star power to the proceedings while Andrea is emotion packed! Sampathraj asserts his seniority as the person who is the root-cause of all problems! Raashi Khanna and Sakshi Agarwal add the oomph factor while Nalini is a bit too loud!

Vivekh carries his character in his own inimitable style while Yogi Babu, deputized by the ever-active Manobala takes responsibility for the film’s humour content! For that manner, almost all characters contribute for the lighter moments of the film.

So does U.K.Senthil Kumar’s breathtaking camera angles, especially the manner in which he has showcased that palatial palace! The lighting effects add pep to the grandeur of his camera work!

Sundar C. makes a belated appearance in the film but is effective as the ghost buster. Full credit to his directorial touches and the presence of more than one ghost adds more flavour to the film’s horror element!

The crux of the plot is primarily a tale of vendetta but the screenplay accommodates enough and more of horror as well as fun elements! The twist in the interval block is quite unexpected!

Go watch it for its pure entertainment value and enjoy!