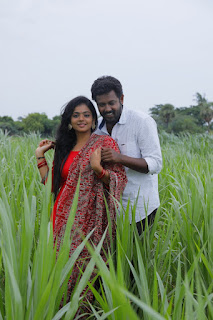 Barring a few familiar faces headed by Mahesh of Angadi Theru fame, the film has several newcomers. Set against a rural backdrop, the film focuses on friendship, romance, attitude to exploit and the tendency of close friends to differ in views which would eventually initiate them to date to cross swords-all these aspects have been packed in an engaging manner by the director who has brought the best out of each of the artistes who have gone about their work with utmost care and concern.

The screenplay has some good situations of romance and dialogue plays a crucial role in those portions.

The fight scenes have also been choreographed effectively thanks to the stunt choreographer, S.R. Murugan.

Duo, Rithesh and Sridhar have scored the music and a song or two –pleasant enough.

Fights between friends on flimsy grounds which lead to unnecessary consequences have been depicted naturally on the screen.