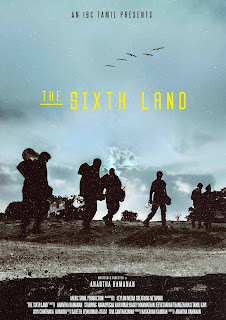 Written and Wielded by –Anantha Raman

One of the most realistic films of the contemporary times that sketches the plight and predicament of those innocent people most of whom happen to be victims of the war with its consequences throwing their normal lives out of boundaries!

Separated families and families whose bread-winners-husbands in most cases have just disappeared into the thin air post the trauma of war eventually leaving those families to fend for their families weathering tough storms in their lives!

The film’s screenplay deliberates on the life of an employed woman who lives with her school-going daughter and her aged sickly mom!

All efforts to trace and track the whereabouts of her husband prove to be futile while her little daughter longs for the presence of her dear dad who had gone missing!

The worst part of the nightmare faced by such folks is that they don’t even know whether the man of the family is alive or not!

The sick mother too dies and the girl suffers severely having to do work to eke out a living as well as take care of her daughter!

A heart touching tale that tugs our heart strings even long after watching the movie...