IN VIEW OF THE LATE AUTHOR’S BIRTHDAY ON 9TH SEPTEMBER

South Indian Actor Prasanna has narrated ‘Puli Raja’ by the late author Kalki, in memory of his birthday on 9th September for StoryTel App.

“This is my first time lending voice for an audiobook and it’s an honor to get the opportunity to narrate the work of one of Tamil literature’s greatest authors, Kalki Krishnamurthy. Puli Raja is an interestingly witty and fun story that’s sure to make the listener think too”, said Prasanna.

The story revolves around a King whose death at the hands of a tiger had been foretold by astrologers when he was born. He tries to reverse the fate spelled out for him and the author uses thinly-veiled satire to walk the reader through the King's attempts which later proven futile, in a manner that makes them laugh.

You can now listen to Puli Raja narrated by Prasanna Venkatesan and several other stories on StoryTel App which is available for download on App Store and Google PlayStore. 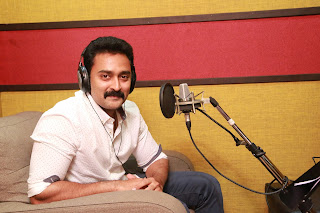