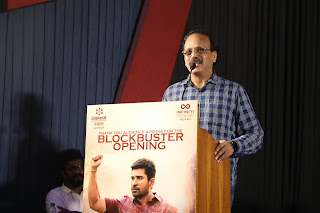 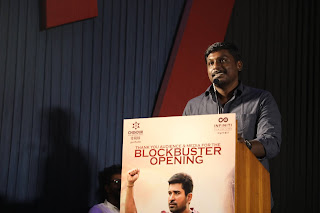 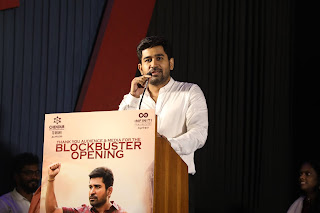 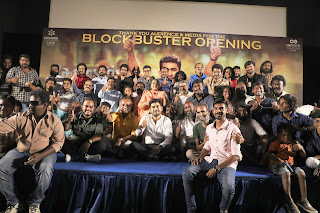 Vijay Anthony’s latest outing Kodiyil Oruvan has proved a blockbuster hit at the box-office as the film has been drawing huge crowds at the theatres since its release last Friday!

Directed by Ananda Krishnan of Metro fame, the film has Vijay Anthony as a social activist who takes on the corrupt system singlehandedly at the instance of his mother who is his sole motivational factor!

The cast and crew of the film filled the auditorium in full to meet and greet the press for the positive reviews that were generated paving way for the film’s outstanding success at the box-office.

Producer Raja expressed his satisfaction over the film’s run at the box-office.

G.Dhananjayan was all praise for the cast and crew that toiled hard without sparing any efforts to make it a big hit!

He also announced a couple of more projects will be made with Vijay Anthony whose stardom is on a steady rise!

Kadir who played a henchman, enacted a dialogue portion much to the delight of the audience!

Vijay Anthony expressed his gratitude to all those concerned, the Media included!