A DOCTOR TURNS AN ACTOR/DIRECTOR!

Dr. K.Veera Babu who is a medical practitioner specializing 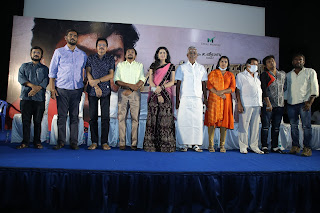 in nature-therapy has now turned an actor through Mudakaruthaan a wholesome entertainer! He has also directed the film!

A good friend of very many film personalities, Dr. K.Veera Babu has been doing valuable services to many during the peak of the pandemic that too at free of cost!

He has many friends in the film industry like Suresh Kamatchi, Mayilsamy etc and many of their friends too have been treated by him for Corona.

Sirpi has scored the music for the film the songs having been penned y lyricist Palanibharathi. The duo has collaborated after a very long time for this project.

The film’s teaser was released following which the main cast and crew interacted with the Media.

Producer Suresh Kamatchi spoke on the occasion and highlighted on the good qualities of Dr. Veera Babu.

So did, Azhagan Thamizhmani, Sirpi, Pazhanibharathi etc all of whom showered heaps of praises on the doctor applauding him for his adaptation to the requirements of the screen that too, in the lead role.

Special mention was made about his ability to perform well in the stunt and song sequences.