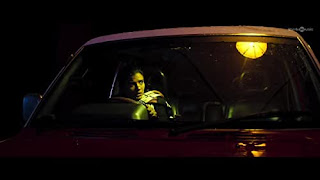 The young filmmaker has taken up a subject of social significance but has approached it from a different perspective! A ghost story laced with a lot of tense moments which could conveniently categorized under horror genre!

Aiswarya Rajesh, donning the role of the mother of a kid aged about four, possibly affected by withdrawal syndrome, does her part with absolute underplay yet scores impressively!

The cinematography of Roberto Zazzara adds pep to the proceedings as his lens has captured the admirable beauty of Ooty with nicety and fineness!

A prime yet forbidden, dilapidated property at Ooty is taken over by a powerful bigwig who deputes an architect, Gowtham (Vidhu) to take it up as a commercially viable project with a view to make it a profitable venture!

Gowtham goes over to the palatial mansion along with his wife, Samyuktha (Aiswarya Rajesh), their little son, Gayathri (Surya Ganapathy), another architect & Aditi (Madhuri) who is highly fashion-conscious!

Dharman (Pavel Navageethan) is the caretaker of that property.

Soon after arrival strange things begin to happen...Cut to the past...

Boomika  (Avanthika) is a teenage girl who is underdeveloped mentally but her skills at sketching paintings is over-developed! Her dad is a librarian at Mount Rose Yard School. Boomika dies under unexpected circumstances...

How both the tracks are linked tactfully is the thrilling rest.

A direct release on Star Vijay.