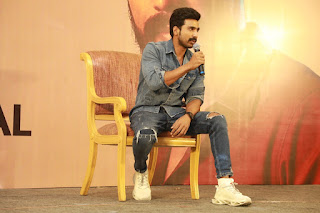 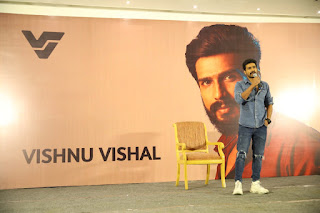 Vishnu Vishal who debuted in the lead role in Vennila Kabadi Kuzhu in 2009 won acclaims for his portrayal in that, making a brilliant start as a new arrival at Kollywood!

Was also nominated for Vijay Award as Best Debut Actor

He followed that fame in Neerparavai in 2012 in which he played a sea faring youth despite the fact that he despised places having huge volume of water!

‘The best way to overcome fear is to face it! Given my fear for water bodies, i jumped at the offer to play a fisherman!’ said he while interacting with the Media through a direct interface!

‘I am proud to be the son of a police officer and it was my dad who inculcated good traits in me in my upbringing!’

He has three notable and noteworthy projects on hand-

Kaadan, FIR and Mohandas –all of which have enough and more of scope for him to parade his skills on the screen!

Ratchasan (2018) which proved a huge hit was a big turning point of his career! Though the film was acclaimed both critically and commercially, offers weren’t forthcoming and about 9 projects slipped away from his hands!

Following turmoil in his personal life, he still managed to stay afloat and move on and is all set to sail again successfully in the arena of matrimony along with the sportswoman, Guttajwala, with whom he is to tie the knot very soon!

He further tells us that sequels are underway for Indru Netru Naalai (2015) as well Ratchasan!

He did not want to deliberate on the problematic entanglement with a comedy actor as it is being looked at legally!

We infer that he cut had his cut his remuneration drastically for Ratchasan to ensure that the project passed off safely!

About Kaadan, he says, ‘My character has several shades of characterisation and i enjoyed doing it! Also, it was a great and rare opportunity to work alongside an elephant!’