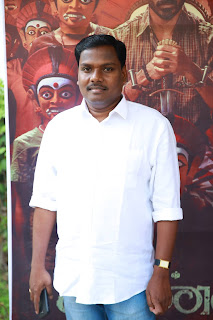 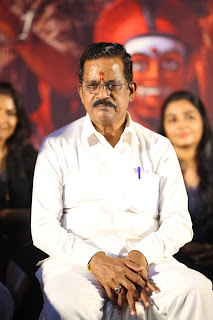 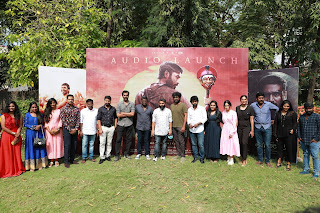 One of the most awaited movies of the contemporary times that is much awaited is Mari Selvaraj’s Karnan, featuring Dhanush, two time National Award winner! S. Thanu has bankrolled this project under his banner, V Creations. Santhosh Narayanan has scored the music for this flick the songs of which has already created a big sensation!

The film’s Audio was launched while a Media interaction too was held.

In his address, S.Thanu mentioned that the film’s script was given to him in the form of a book which has been kept in his Pooja Room.

He showered heaps of praises on Mari Selvaraj which is truly thought provoking film with points to ponder over!

He also mentioned that it was Dhanush who introduced him to Mari Selvaraj and remarked that he was thankful to him for that as filmmakers like Mari Selvaraj have come in to cover up the vacuum created by stalwarts as Balu Mahendra!

While speaking, Mari Selvaraj became emotional and profusely thanked S. Thanu for the trust he had reposed on him! He also thanked Theni Eswar and also the villagers who extended their fullest cooperation while the film was made. He also mentioned that he was given full liberty while the project was underway!

Santhosh Narayanan wholeheartedly thanked Dhanush for giving his best for the project mentioning that Dhanush facilitated Mari Selvaraj to helm this project without even watching the director’s debut film, Pariyerum Perumal!

Natty Subramaniam mentioned that he is sure that Dhanush will walk away with a National Award for a third time for his performance in this!

Yogi Babu was in full praise for both Dhanush and Mari Selvaraj.

From whatever said by the cast and crew, great expectations are afoot for this flick!