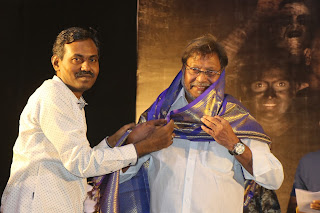 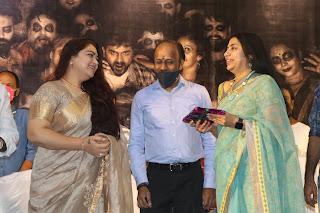 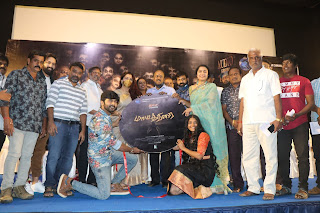 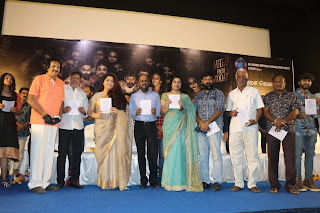 Welcome 2021, the New Year’s very first Audio Launch took place on the very first day in the very first month of year 2021 which eventually stood out as a memorable event that was attended by a galaxy of film personalities who adored the stage in full swing surprising and surpassing the expectations of the select audience gathered at Prasad Lab. auditorium that was filled to the brim!

Celebrities as Khushboo, Suhasini etc sizzled on the stage and made specific references to V.Saibabu, the brain behind this film project which has been directed by Sampath Kumar! The main cast and the crew including Ashok Kumar and Sheela Rajkumar too made their presence felt! The top notch office bearers of the Producers’ Council too graced the occasion!

Heaps of praises were showered upon Sai Babu who has had humble beginnings growing in status and stature from being a costume designer to a film producer!

SN Arunagiri , the music composer was the apple of every one’s eye as the occasion was the launch of his music album!

Can’t wait to watch the movie on the big screen!